During our recent rework of the Antelle website, this blog has had a bit of a hiatus, so it’s high time that I should bring it up to speed on the last few months at Antelle.

Personally, for me, I’m delighted to have passed my “Programming in C#” qualification at the 3rd attempt.  It had been a stumbling block in my progression and after lots of revision and a narrow failure at the second attempt, I am really relieved about passing the hurdle to be contributing more to the office beyond working on Website projects.

Shortly after the latest redesign of the Antelle site began, we were joined in the office by Joshua, who has made his initial blog post (here).  Since he joined us he has made some very strong and very rapid progression in his learning and has passed his “Programming with HTML5 with JavaScript and CSS3” exam, for which he has become a Microsoft Certified Professional.

He’s done some really good work on polishing websites for release and redesigning a customer website for responsiveness while maintaining the look that the Table-Based layout had originally created, which is no small feat.

He’s started his learning on SQL Syntax and Database Design and again, is making solid progress.

SASS: Or how I learned that CSS could be so much more

With this redesign, our designer delivered the mockup with SASS as the tool for generating CSS.  As I got to grips with the variant of CSS, I was initially apprehensive, however I’ve found that as I’ve gotten used to utilising SASS the more and more it’s promises of streamlining the design of CSS in a more logical, methodical manner are completely true.

SASS has many features that improve the experience of not just writing StyleSheets but maintaining them as well.  The fact that you can use variables across the entirety of the stylesheet means that applying changes to e.g. a single colour that needs to be tweaked means only changing a single value and not tracking down every single instance of a value across the entirety of your CSS.

The inclusions of separate templates allows the encapsulation of various pages own specific CSS rules which is a blessing when it comes to maintaining and debugging one page at a time.  Mix-ins allow you to reuse various pieces of CSS with different values as arguments.  So far I’ve mostly used this to implement consistent breakpoints when working responsiveness into the design, however the possibilities are endless.  It’s a versatile and powerful system for allowing more time to be spent working on the design and not repeating large swathes of code.

Overall, I’ve gone from a doubter to a big fan of SASS.  It sounds cliché but it opens up CSS to a much more powerful way of doing things, if you haven’t given it a chance I implore you to have a shot with it.  I think you’ll be pleasantly surprised.

I recently (courtesy of Sam) came across a way of doing things in Umbraco that now that I look back at it, was an extremely obvious way of improving the Maintainability and Robustness of writing Razor for Umbraco (or any system which can utilise razor syntax).

Previously, I had been accessing Umbraco property values through the use of the direct moniker for the property.

After seeing the system that Sam had been utilising I’ve adopted it going forwards.  The crux of the idea is that instead of directly typing the alias for a property or document type, you instead have a Class of “Constants” that will assign the alias to a single property that is then reused across all of your views.  Meaning that if you have to change the alias on the Umbraco side of things then you only need to change one value, and not lots and lots of accumulated view implementations.

This can be used for Document Type Aliases as well.  Helping to make conversions between new and old document types, as we had to at several points during the latest redesign, a non-thought.

I’m back on Microsoft CRM for now, reading about the design principles that go into creating a good user experience. My previous experiments with designing for CRM consisted mostly of making something I’d read about with no concern as to whether I would ever design such a thing.  Upon reviewing the example organisation I had invested in setting up and trying to work with I failed to really understand the platform.

Microsoft CRM, in the end, is all about the consumer experience, the things I experimented with and tried to implement did not create a good experience for any user, relying on too many things being used exactly as I needed them to be. 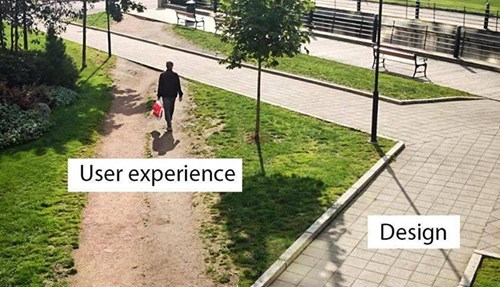 Thankfully with some more time on my hands to do my research and go through learning CRM as a user, I’m hoping to better understand how the work I do on CRM will affect the end user.

I’ve come quite a long way since my last blog post.  That is potentially because of the gap in blog posts more than a spurt of accomplishment on my end, nonetheless.  With the second redesign behind us we should have more blog related content for you in the coming weeks and months.

#Umbraco #C-Sharp #Antelle #Microsoft-CRM
Sorry! The Antelle website does not fully support this legacy browser.  The site is fully compliant and tested against the latest versions of Chrome, Edge, Firefox, Opera and Safari.